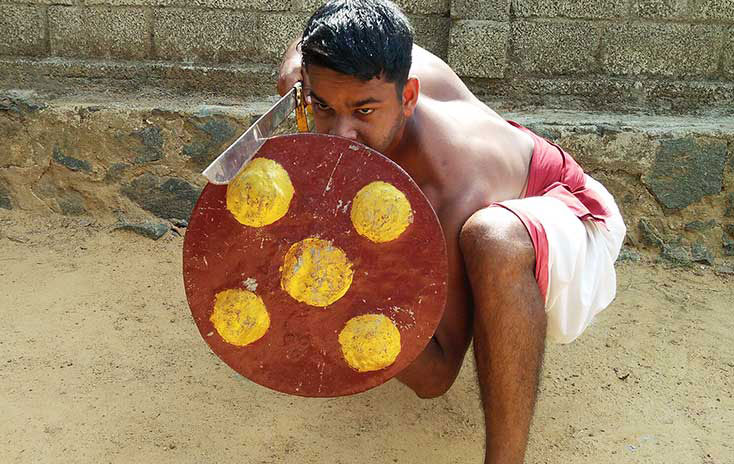 The world has long found inspiration and guidance in India’s culture, traditions, arts, sciences, wisdom and way of life.

One of the ways of life in Kerala, along India’s south-western coast, is through the ancient martial art form Kalaripayattu.

Australian School of Kalaripayattu is dedicated to teaching and sharing this warrior tradition. We aim to impart the true depth of this martial art and preserve the great legacy of Kerala’s warriors. 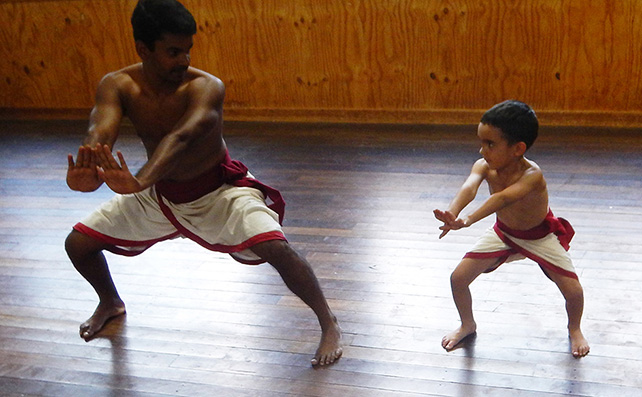 All classes are taught by Master Biju Nair, a traditionally trained Kalaripayattu Instructor from Kerala, India.

Master Biju hails from a traditional Nair family. His ancestors were the traditional warrior class of Kerala, and the custodians of Kalaripayattu. Following in the generations of warriors before him, his duty is to pass on this knowledge to the next generation of students.

Master Biju has been a student and teacher of Kalaripayattu since 1996. He grew up in a village in Kerala in Southern India. Here he began learning the martial art of Kalaripayattu and its healing art Kalari Chikitsa under his village’s Kalari master, Suji Master.

After seven years with his Master, he went on to study with his Grandmaster, Guru Balachandran Nair, through the Gurukula system. Here he became completely immersed in the healing and martial art by living, learning and working at the Kalari full time for four years.

The Gurukula system is an ancient system of education in India, where the disciple receives the knowledge by taking up residence with the Guru. For Kalaripayattu and Kalari Chikitsa, as with training in any traditional art form in India, understanding and acquiring the knowledge is a long, demanding and rigorous process.

Master Biju has taught Kalaripayattu in Kerala, Bangalore and Brisbane. He teaches students from a wide range of backgrounds, and all ages and abilities. He is committed to preserving his ancestor’s legacy of Kalaripayattu and sharing it to improve people’s lives.

Australian School of Kalaripayattu is dedicated to teaching and sharing the warrior tradition of Kalaripayattu. We aim to impart the true depth of this martial art and preserve the great legacy of Kerala’s warriors.

108 Granadilla Street, MacGregor
Brisbane
(In the hall next to DM Henderson Park)